Question: How do you determine marital equity in a house I owned prior to marriage? I bought my house in 2003. I got married in 2011. How do I determine my wife’s share of equity should we file for divorce? Is it half of the principal paid since marriage or would she be entitled to more or less?

Answer: It depends – if the title to the home has been transferred into your joint names since you got married, then the home has become an entirely marital asset and no longer has a separate property component. However, if the home has continued to be titled in only your name, then yes, you would look at the decrease in the balance owed on the mortgage that occurred during marriage and your spouse would conceptually be entitled to one-half of that. Passive changes in market value of the property have no impact if the home has continued to be titled just in your name.

Question:  After separating from my husband, I got into a new relationship and got pregnant. When my daughter was born, I had only been divorced for a month. Because I had not been divorced for at least 280 days, I was not allowed to put my child’s father on the birth certificate. How do I file an amendment to a divorce decree to specifically de-establish the paternity of my child?

Answer: I think you may have been provided with some bad advice; I do not think your divorce judgment needs to be amended, I think the father of your child needs to file a legitimation action to formally legitimate your child. Once an order is entered in that case, you can then change your child’s birth certificate. I would recommend seeing an attorney who practices family law to assist you with this.

Question: My ex-husband and I have joint custody in North Carolina, although he has primary custody and the children live with him about 60% of the time. He recently moved to another county and did not even tell me. Can he do that?

Answer: Whether he can relocate your son or not depends on whether he can continue to comply with the custody order in place (it sounds like you and your ex have a custody order in place already) despite the relocation. Is the schedule provided for in the custody order still workable given his relocation? If not, then you may want to consider filing a motion for contempt (because he is not complying with the custody schedule in the order) and also a motion to modify custody based on the substantial change of circumstances that has occurred. I would also want to know what the legal custody arrangement per your custody order is – if you have joint legal custody, that means that decisions of significance for the child must be made jointly by the parents. Decisions of significance include, but are not limited to, decisions about religion, healthcare, education, etc. (i.e., major life decisions). Moving to a different county would necessitate moving to a different school (I assume) and choice of schools is definitely a decision that should be made jointly when parents share joint legal custody.

Question: My cousin is currently homeless and her 9 year old daughter is currently staying with my family. The situation does not look good and the mother may be homeless for quite some time. The father is not in her life, and the safest place for her to be is with me – can I get custody of my 9 year old cousin?

Answer: As a non-parent seeking custody of a child from a parent, you would not be on a level playing field with the parent. Ordinarily, in a custody case between two parents, the judge makes the decision based on what is in the best interests of the child. However, in order for a non-parent to be awarded custody, the court must find that either the parent(s) have taken actions which are inconsistent with their constitutionally-protected status as parents, or are unfit. Acting inconsistently with constitutionally-protected status would be, for example, placing the child with someone else to be raised for some period of time (you are in this situation). Unfitness is a potential basis here as well, particularly if the child’s mother is suffering from some mental health or substance abuse issues which have contributed to her homelessness. If the child has been in your care for some extended period of time (like 6 or more months), then you should meet with an attorney to discuss your options. I think it comes down to whether you would be pursuing having permanent custody of the child, or whether you just want something short-term with the idea being that she would return to her mother’s care when her mother is able to have her back. There are a variety of options to consider.

Answer: You need to file an action for paternity or legitimation, and (assuming you are quite confident the child is yours) custody and child support. As part of the action, a DNA test will likely be ordered by the Court. Once paternity is established, you can then have the child’s birth certificate changed.

Question: There is an order for child support in place through Child Support Enforcement (CSE). My ex-wife has not paid child support in 2 months because she was fired from her job. Should I contact CSE? What is the process? Will CSE just decrease the amount of child support she has to pay or make her get a job?

Answer: Yes, you should notify CSE (though they have access to all payment records and so should be aware) and they will most likely pursue a motion for contempt against her. Not having a job (or not having the same job), does not relieve her of the obligation to pay child support. If not working, she should be sending in her child support payment directly to Centralized Collections. The child support owed should not be modified unless or until one of you files a motion to modify child support and is successful on that, or an agreement is reached about modification. CSE has no authority to lower child support unless you consent to it. Otherwise, the judge is the only person with authority to make changes. 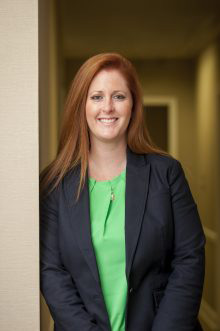 Article by Courtney Smith, Board Certified Specialist in Family Law